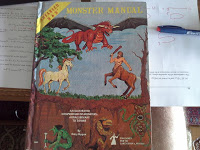 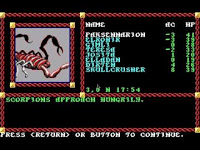 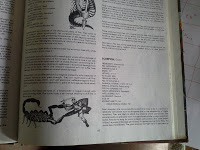 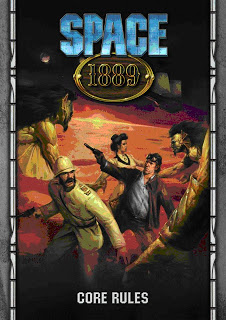 Front Cover of the Standard Space:
1889 Core Rulebook
Almost 25 years ago,
well known game designer and author Frank Chadwick came up with the idea of a
roleplaying game set in a world inspired by the fantastic novels of early
Science Fiction authors like Jules Verne or H. G. Wells.
Space: 1889 was first
published in 1988 by Game Designers Workshop, followed by several additional
products, amongst them supplements like “Ironclads and Ether flyers,” adventures
like “Canalpriests of Mars,” and board games like “Temple of the Beastmen.”
GDW is long gone but,
nevertheless, the fan-base has hung on to this “roleplaying game in a more
civilized time” and with the growing popularity of ’steampunk culture‘ the time
has never been better to reintroduce a new edition of the game for old and new
fans alike.
The Space: 1889
Crowdfunding project is a cooperation between Uhrwerk Verlag/Clockwork
Publishing, Chronicle
City, and the master
himself, Frank Chadwick.
Already
released in German in 2012, the new version features new rules, new artwork,
and extended background information that hadn’t been available before. Working
closely with Space: 1889 creator, Frank Chadwick, a completely new rulebook has
been produced, not only building on the original version from the 1980s and
1990s but expanding it in accordance with what has been produced before.
The new
version of Space: 1889 uses the fast and easy to learn Ubiquity-ruleset from
Exile Games Studios, an award winning system invented by Jeff Combos and used
by the RPG Hollow Earth Expedition.
With this
new Kickstarter project we hope to expand the exciting new Space: 1889 RPG to
where it has its roots: the English-speaking world. We are hoping the core
rulebook will be the start of a whole range of Space: 1889 products in English.
With each reached stretchgoal, we will be adding new adventures, sourcebooks,
accessories or other items.
Come and
join us on an exciting voyage through the solar system and visit the deserts of
Mars, the dense jungles of Venus or the icy cold of the dark side of Mercury. 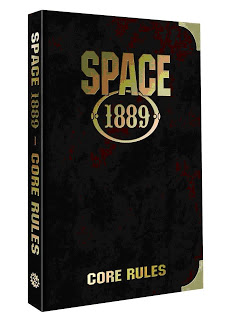 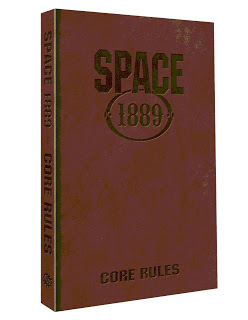 Limited Edition versions of Space:
1889 Core Rulebook
About
Clockwork Publishing
Clockwork
Publishing (or to be more precise: Uhrwerk Verlag, which is the german name,
but quite unpronouncable to our english customer base) has been publishing RPGs
since 2009, including the German versions of Hollow Earth Expedition,
Deadlands: Classic and The One Ring, as well as a lot of RPGs of german origin
like Dungeonslayers and Das Schwarze Auge – Myranor. Patric Götz, the owner of
Clockwork Publishing, is working in the RPG industry for over 15 years and
still hasn’t managed to find a decent job somewhere else.
About
Chronicle City
Chronicle City
is a British based games company set up by multi-award winning publisher Angus
Abranson (ex-Cubicle 7 Entertainment; Leisure Games). Chronicle City works with
a number of companies and designers, helping to publish and distribute their
games. In addition they also develop and license settings to create there own
roleplaying, card and board games. Angus has long been a fan and supporter of
the steampunk genre, and still has the character sheet of his first Space: 1889
character from when the game was first released!
—————
For more
information on Space: 1889, the Kickstarter the companies involved, or to
arrange interviews or previews of the game and the creators behind it, please
contact us on info@chroniclecity.com